The Nobles serve in a neighborhood just north of Denver’s downtown area. Their church, Church of the Risen Lord, has faithfully proclaimed Christ to a variety of people. This variety includes wide differences in race, culture, economics and education. Over the years CRL has especially reached out to many who are plagued with problems and at a real disadvantage in life. It has been a tough ministry! But the good news is that some have become genuine followers of Christ!

Besides ministering in and through their church, the Nobles network with and encourage other ministries in the inner city of Denver. Though humanly speaking it’s a longshot, the Nobles hope and pray the Lord will supply someone who will carry on with CRL after they are gone.

Dennis Noble grew up under the loving ministry of the First Baptist Church of Collinsville, Illinois, and committed his life to Christ at 19. During his senior year of college in 1968 Dennis was challenged by his pastor to prepare for a lifetime of Christian service at Denver Seminary.

Shelley also grew up attending First Baptist and accepted the Lord as a child.

Dennis and Shelley were married in 1969. While in seminary, they became aware of the needs of the inner city and sensed God’s call to an urban area. They applied to Missions Door and started ministry soon after Dennis earned his Master of Divinity degree in 1972.

The Nobles have lived and raised their children in their neighborhood of ministry since the mid-seventies. Joel, the oldest, is married to Anna, has two children, and teaches at his high school alma mater. Jason and his wife Ginny and daughter Haley live in the Dallas area, where he is a children’s pastor. Nakia, the youngster the Nobles took into their home in 1987 when he was 12 years old, lives and works in the greater Chicago area. Karisa, the youngest by far, enjoys home school, church, friends, and music.

Again, thank you very much for allowing us to be here in this sometimes difficult, but strategic, ministry. 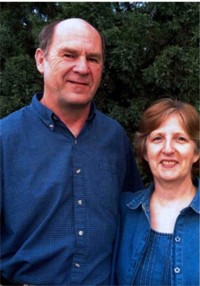 PH (Field): 303-296-2401
ADDRESS (Field):
2654 Champa StreetDenver, CO 80205
noblesadn@hotmail.com
We use cookies to ensure that we give you the best experience on our website. If you continue to use this site we will assume that you are happy with it.OkPrivacy policy