Roughly 10 million people live in Senegal, about one-fifth of them live in Dakar, the capital city. Since 92 percent of Senegal’s population claim Islam as their religion, the Newkirks hear the Muslim call to prayer five times a day.

“It is our desire to see a national led church planted in Dakar,” say the Newkirks. In order to do this effectively, the Newkirks have spent the last four years learning both the French and Wolof languages and the Senegalese culture. They have been praying with, observing, and working with Senegalese church leaders. Laura has been traveling each month to the village of Soma and participating with Senegalese women in evangelistic campaigns.

The Newkirks have been encouraged with the foundation that has been laid by their colleagues in Senegal. Some of the young men that their colleagues have trained are now strong church leaders. The churches, and many other missions working in Senegal are cooperating with one another and have unified in an association of evangelical Christians. A home missions society has also been established. “It is exciting to watch the Senegalese grow in their motivation to reach their countrymen,” say the Newkirks.

Steve has been involved in boutique and media ministry. The boutique offers various types of books, a study center, a platform for Christian artists to sell their creations, and a safe place to meet and discuss ideas with people. Evangelistic radio broadcasts, video and audio tape in Wolof are proving to be effective tools in Senegal’s oral culture. 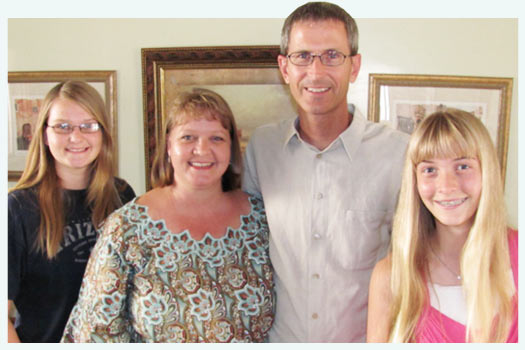 PH (Field): 011+ 221-33-820-3556
ADDRESS (Field):
B.P. 840814523 Dakar-YoffSenegal
slmknewkirk@gmail.com
We use cookies to ensure that we give you the best experience on our website. If you continue to use this site we will assume that you are happy with it.OkPrivacy policy