The Josephs were appointed by Missions Door in 1983, and started their ministry as Campus Ambassadors in 1984. At Arizona State University in Tempe, Arizona, the Josephs minister to International Students.

Ben says, “America is fortunate to have the world come to her — a foreign mission field at her doorstep. There may be no better opportunity for world evangelization than that of reaching international students for Jesus Christ. Not only do they represent a potent missionary force as they return to their homelands, but the opportunity for open interaction is often much greater on a university campus than in their native countries.”

Ben Joseph was born and raised in a Christian home in Kerala, India, but didn’t come to know Christ in a personal way until he came to the United States. In 1972, while attending Southwestern College in Phoenix, Ben gave his life to the Lord and shortly thereafter felt himself called to Christian ministry.

While attending Denver Seminary in 1975, Ben married Aleyamma, another native of Kerala, India, who had accepted the Lord when she was 9 years old.

The Josephs were married in 1975, and have two children: Jason and Asha. 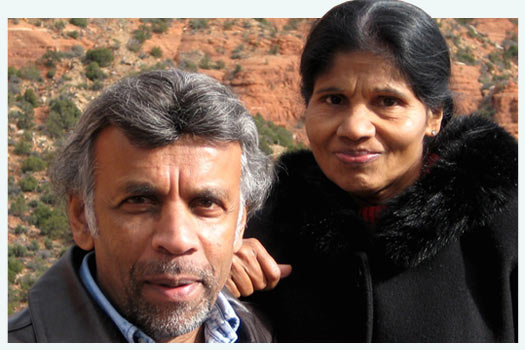 PH (Field): 480-839-2698
ADDRESS (Field):
3103 W. Stephens PlaceChandler, AZ 85226
ben_foi@yahoo.com
We use cookies to ensure that we give you the best experience on our website. If you continue to use this site we will assume that you are happy with it.OkPrivacy policy