Sandy Eckelberry has filled many roles during her 17 years in the Philippines. During her last term, she served as a member of the Filipino Missions Mobilization team of Conservative Baptist Association of the Philippines (CBAP) in Manila. The teams’ vision is to come alongside the Filipino churches, helping them to strengthen their mission vision and goals.

The CBAP Missions Mobilization team also helps individuals that the Filipino church has identified to be sent for cross-cultural work. Sandy walks alongside the cross-cultural worker from appointment to post-retirement including developing their vision, goals, team-building, personal growth plans and recruiting others for their team.

Over a million Filipinos work overseas, many in restricted-access areas of the world where open missions activity is illegal. CBAP Missions Mobilization team assists churches in developing their vision to send Filipino contract workers overseas as “tentmakers with a purpose.”

During her next term, Sandy will work with the Mission Mobilization team again, but this time in Mindanao, one of the southern-most islands of the Philippines. She also plans to assist local Arab communities by teaching English as a second language and assist in a church plant. In addition, Sandy will serve as WorldVenture’s Short-term Ministry Coordinator for Mindanao receiving short-term workers from the West and Asia to help bring the healing hope of Jesus to Mindanao. 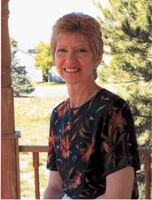 ADDRESS (Field):
CBM PO Box 20031160 Q.C. Central Post OfficeNIA Road, Quezon CityPhillippines
ecksandy@yahoo.com
djeck26@sbcglobal.net
We use cookies to ensure that we give you the best experience on our website. If you continue to use this site we will assume that you are happy with it.OkPrivacy policy